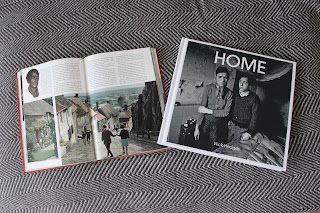 Sitting on my desk awaiting dissection for months has been a copy of This England, inherited from a house clearance. Published in 1966 by the National Geographic Society, it's a lavish, highly illustrated coffee-table guidebook written by visiting American writers for the benefit of an American readership. As such, it paints a picture of the nation as a place of pomp and ceremony, of rich history and tradition, of Shakespeare, rolling countryside and picture-postcard villages.

The title of the opening chapter alone, "Pageant Of A Storied Realm", would be enough to sexually arouse the most impotent of gammony Brexiteers, as would the breathless Foreword, written by the Society's then president and editor Melville Bell Grosvenor. Here's a sample passage: "You may bask in the cheer of a Lake District inn, shiver in the ocean winds at Land's End, explore cathedrals, castles, pulsing cities, lonely moors - all packed into an area smaller than Wisconsin. You may stroll cobbled lanes where half-timbered houses lean on one another in the slumber of centuries, sip tea in humble homes 'crushed with their burden of thatch', and sleep, as I have, in cottages whose honey-hued stones seem to grow from the soil. A light shines through an arrow slit in a crenellated wall - and you realise this is no museum. Many a castle is an Englishman's home!"

What both Grosvenor and the book itself completely ignore is that many an Englishman's home was not a castle. In the same year that the National Geographic Society tome was published, the charity Shelter was founded. Two years later, in 1968, photographer Nick Hedges was commissioned to document the appalling slum housing that was blighting lives from Glasgow to London via Newcastle, Manchester, Liverpool and Birmingham. The resulting images, now collected together in a Bluecoat Press book called Home, present an alternative reality, a vision of a very different country to This England - and a glimpse into the sort of "humble homes" in which Grosvenor never slept or sat sipping tea.

I spoke to Hedges about the motivations behind the project, about its subsequent impact and legacy, and about the process of putting together the book. The extraordinary images - stark, sobering and haunting - are available to view on his site.