Portraits of a city 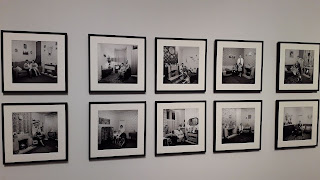 The title of Martin Parr's recent exhibition, Return To Manchester, could be considered to be somewhat deceptive - in truth, the Surrey-born photographer has returned to the city numerous times since first living there as a student at Manchester Polytechnic between 1970 and 1973. It was there that his passion for photography was truly ignited, it was there that he held his first exhibition, and it is the city that has since been the most regular focus and beneficiary of his talents.

Return To Manchester was a new project commissioned by the Manchester Art Gallery, but exhibiting the results handed the gallery an excuse (as if one was really needed) to give visitors a flavour of Parr's previous work in and around the city.

That meant the opportunity to enjoy the remarkable June Street portraits, taken in Salford in 1972 when Parr and fellow student Daniel Meadows went in search of the real Coronation Street, which had been demolished - families posing happily and proudly in living rooms that now look impossibly kitsch. It meant a selection of portraits from his time visiting Prestwich Mental Hospital in 1972, and of photos from the 1982-3 project that saw him shoot daytime drinkers in every single Yates's Wine Lodge, their austere interiors seeming "clearly designed for the determined and joyless business of taking the quickest route to oblivion". And it meant some choice images from Point Of Sale, his 1986 project capturing shifting shopping habits as supermarkets and department stores started to outmuscle small, local and independent shops - a trend that is arguably now in reverse.

For Return To Manchester itself, Parr was set the formidable yet mouthwatering challenge of creating "a portrait of the city and its people in 2018". He responded with hundreds of images that took visitors everywhere: into hipster coffee shops, on a night out in the gay village, among the stalls on Bury Market (you could buy his picture of pies printed on a tea towel in the gift shop), behind the scenes on the CBeebies set at Media City (needless to say, these proved the most popular images with my six year old). Parr has regularly been lambasted for a supposedly sneering and superior perspective on his subjects; it's a grossly unfair characterisation and there's certainly no evidence of it in these latest pictures, which capture the life of the contemporary city in all its richness and diversity. In a fascinating interview with the Independent's William Cook to coincide with the exhibition, he said "You're never part of what you photograph. You're always an outsider" - which perhaps explains why several of the new photos are taken through glass, Parr (and therefore the viewer too) peeping in from outside.

If you were to pinpoint Parr's skill, it would be in making the ordinary seem extraordinary. The Last Resort, which focused on working-class families making the most of leisure time on the rubbish-strewn beach at New Brighton on Merseyside, had such a profound impact primarily because it depicted ordinary life and ordinary lives that were (at the time) either routinely ignored or metaphorically airbrushed so as to be palatable to middle-class audiences.

Therein, unfortunately, lay the problem with Return To Manchester: it didn't show much that was truly unfamiliar or remarkable to a contemporary audience. It's a fundamental truth about photography that most pictures get more interesting - more extraordinary - the older they get. This is what makes the June Street portraits so fascinating. It's what now makes the Point Of Sale project seem so visionary on the part of both Parr and the Documentary Photography Archive, who commissioned it; as Cook puts it, the pictures captured "a side of life we all recognised but had never scrutinised" and today provide a revealing portrait of a very specific moment in time. 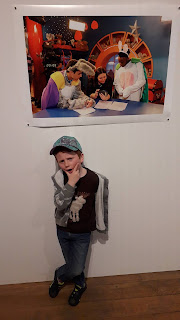