No Motion Picture, so we have to make do with just the one support band - and we nearly miss Nomad 67's entire set due to the lateness of my train. Not that that would have been any great loss.

Earlier this year, over on The Art Of Noise, I successfully defended Nirvana from the charges brought against them by the prosecution aka Pete, and bands like Nomad 67 were one of the reasons that defending them was tricky. Perhaps by the time they've sprouted their first facial hairs they'll have abandoned the McFly-does-Nine-Black-Alps schtick in favour of something more interesting.

If my understanding of irony was on a par with that of your average football commentator, I'd claim that there's an irony in the Worcestershire trio supporting Brooklyn's The Fiery Furnaces, who stuff more ideas into a single song than have occurred to Nomad 67 in their collective years on this earth.

It's rather fortuitous that our passing visit to Birmingham should have afforded me the opportunity to renew my acquaintance with Eleanor and Matthew Friedberger - we missed their instore appearance at Sound Fix Records in Williamsburg when we were over in New York, and having just seen Sons & Daughters, it feels fitting watching the band I first saw them support. 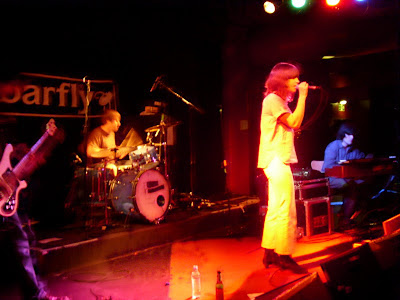 Back then, Blueberry Boat was on the verge of being unleashed - since when the duo have released an EP collecting together their singles (amongst other things), recorded an album featuring guest vocals from their grandmother Olga Sarantos (Rehearsing My Choir) and followed it up last year with a record inspired by Devo (Bitter Tea). And now they're in the UK in support of their latest release, Widow City, their first for Thrill Jockey and in some ways their most readily comprehensible and linear album to date.

But, with The Fiery Furnaces, everything's relative - and that's why the album and tonight's set kick off with 'The Philadelphia Grand Jury', seven minutes of strangeness in which plinked keyboard sections rub up against oddball funk and strutting rock, changing direction without the merest hint of a warning. It's that passion for the incongruous which is both most likely to alienate their listener and make them come back for more, to try to catch sight of the thread of string that will lead the way out of each labyrinthine song so it can be viewed from the outside. 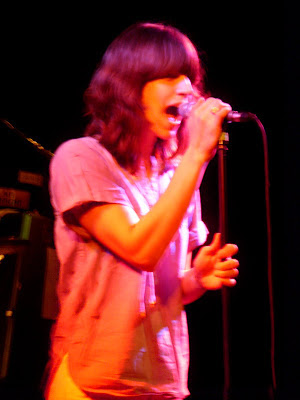 On this evidence, two of Widow City's strongest moments are 'Clear Signal From Cairo' and 'Navy Nurse', both of which find the Friedbergers - currently accompanied by Bob D'Amico on drums and Sebadoh's Jason Loewenstein on bass - foraging fruitfully for inspiration amid the annals of garage and 70s rock. By virtue of avoiding deviation, meanwhile, 'My Egyptian Grammar' comes closest to being their most conventional pop song yet, albeit one that has the magnificently befringed Eleanor singing a chorus of "Now, that clearly didn't happen, I consulted my Egyptian Grammar / On p.333 was the hieroglyph for motorcycle helmet". And it has rivals, in the shape of brilliant former singles 'Tropical Ice Land' and 'Single Again'.

It's not an unmitigated triumph, though. For a start, though the snippets of 'Evergreen' are genius, there's no 'My Dog Was Lost But Now He's Found', 'Blueberry Boat' or 'Chris Michaels'. And it's an unpleasant distraction to realise that the goosebumps on my arms are less the result of the Fiery Furnaces' performance and more the consequence of the venue being cold and significantly less than half full. OK, so Acid Mothers Temple are playing a sold-out Capsule show at the Hare & Hounds in Kings Heath, but surely the second city could have mustered up more enthusiasm for a band as bewilderingly original as this? Brummies, you should be ashamed of yourselves. The Fiery Furnaces blew hot, and you blew cold. 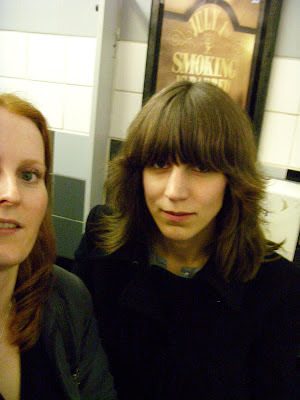 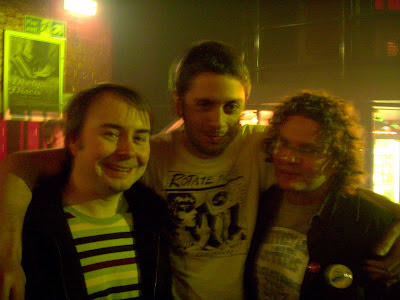