* The journey from Suvarnahbumi Airport once again testifies to the fact that football is an international lingua franca, my mention of Newcastle eliciting the Pavlovian response "Alan Shearer!" again. We travel along scooter-free freeways, past massive billboards and skyscraping towers - this is by far the most modern city we've visited yet, though it still has the gaudy temples and spirit houses familiar from Cambodia. Upon arrival at our hotel, the taxi driver has a special present for us as honeymooners: a knitted hat and scarf. For use back home, we presume, given that the day is already well on its way to a humid 35 degrees...

* The hotel is new and there's construction work continuing above us, but the room itself is comfortable and well appointed (if not quite answering to the description of "boutique", the word overused in the promotional literature) and there's the bonus of an outdoor pool. 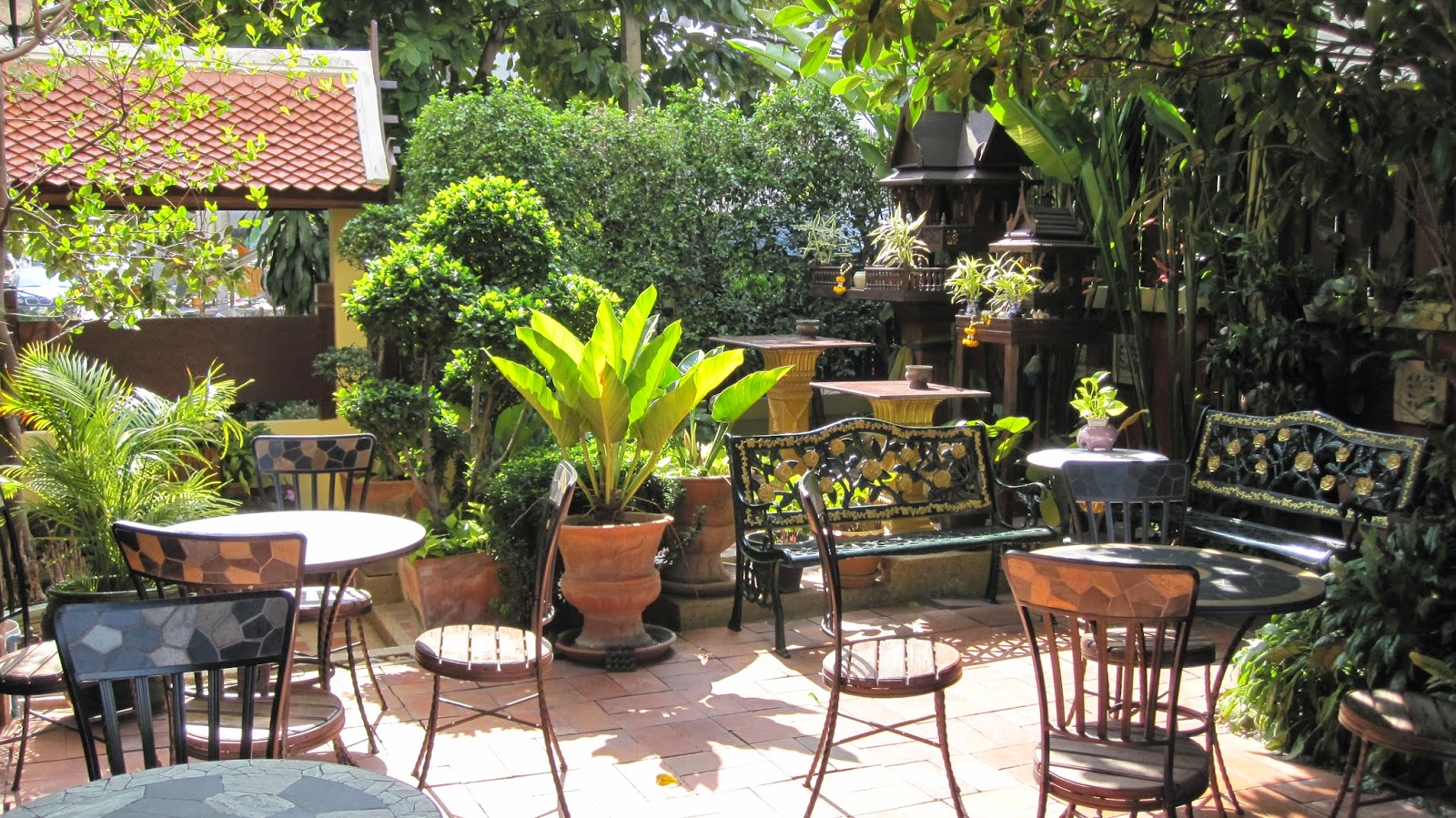 * Our first port of call simply has to be the Grand Palace - a stunning collection of buildings that easily out-blings anything we saw in Cambodia, glittering in the bright sunlight of the roasting hot day as wind chimes gently tinkle in the breeze. With their elaborate facades, statues, coloured mosaic tiles and mirrors, the temples ostentatiously compete with each other like WAGs on Ladies' Day at Ascot. At the centre is Wat Phra Kaew (Temple of the Emerald Buddha), which, like those temples surrounding it, is regularly restored to ensure its spectacular grandeur never becomes tarnished. Thailand may be some way removed from Cambodia in terms of economics and development, but it clearly has greater similarity with Cambodia than Vietnam when it comes to the value placed on royalty and religion. 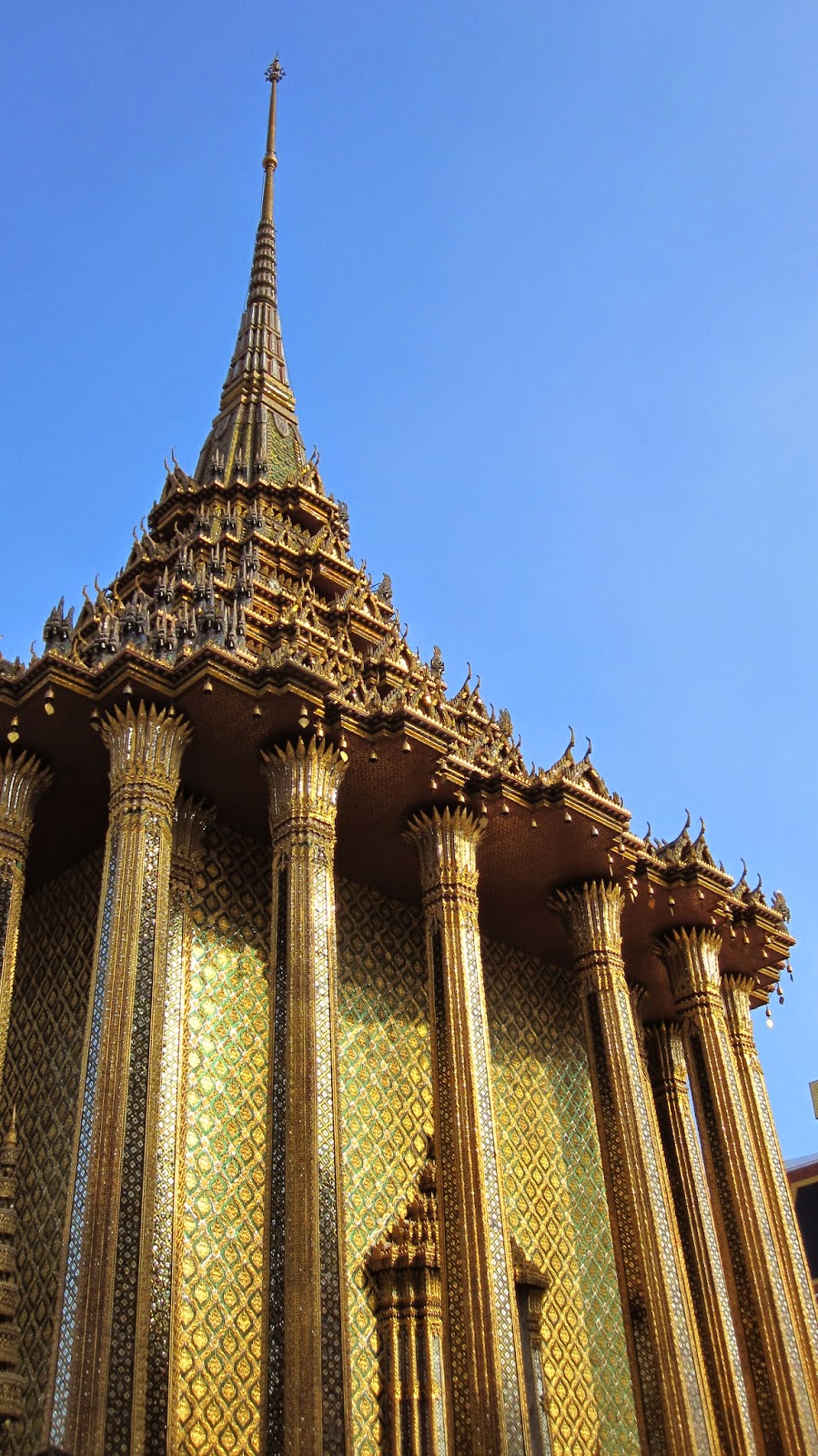 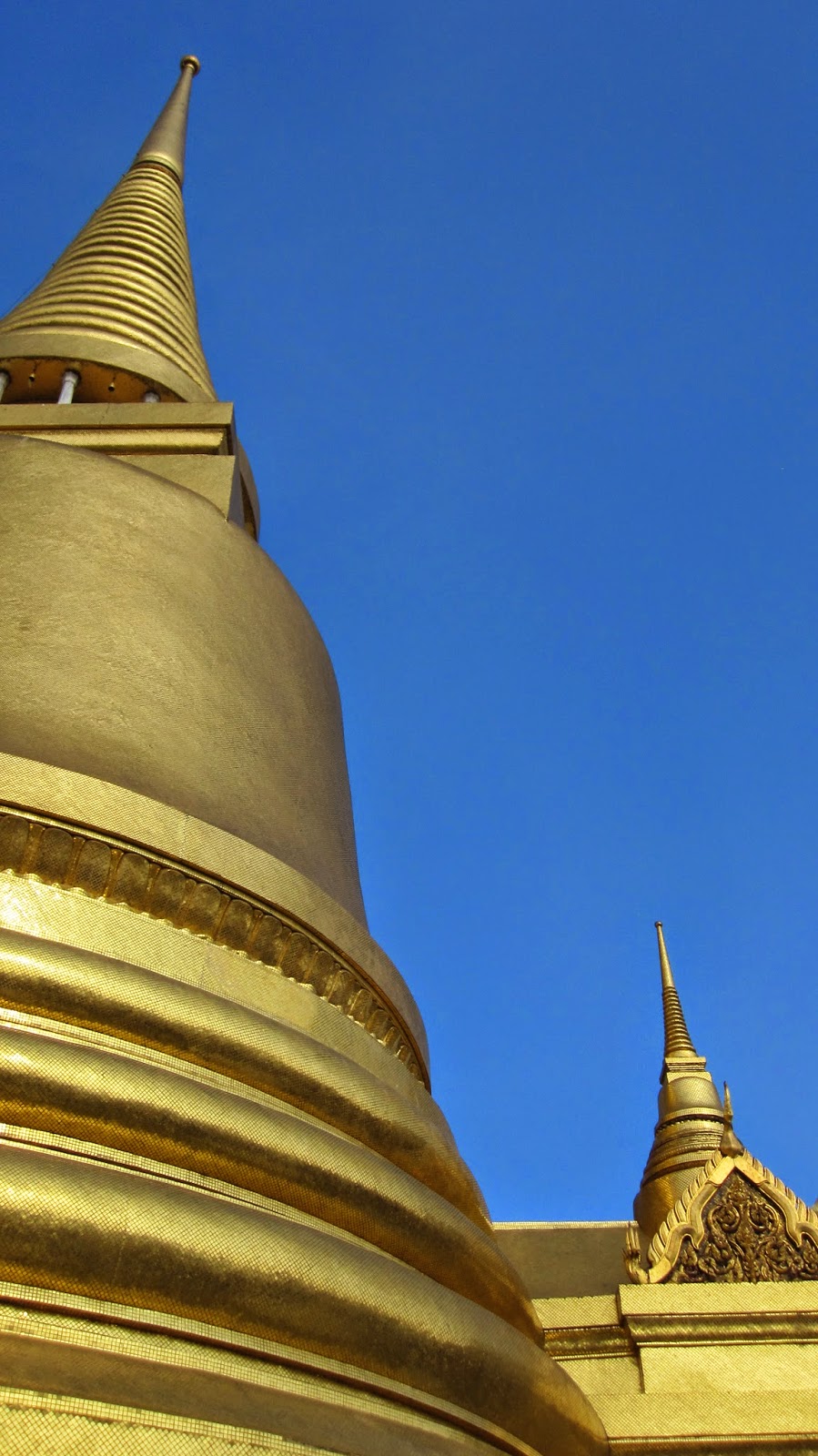 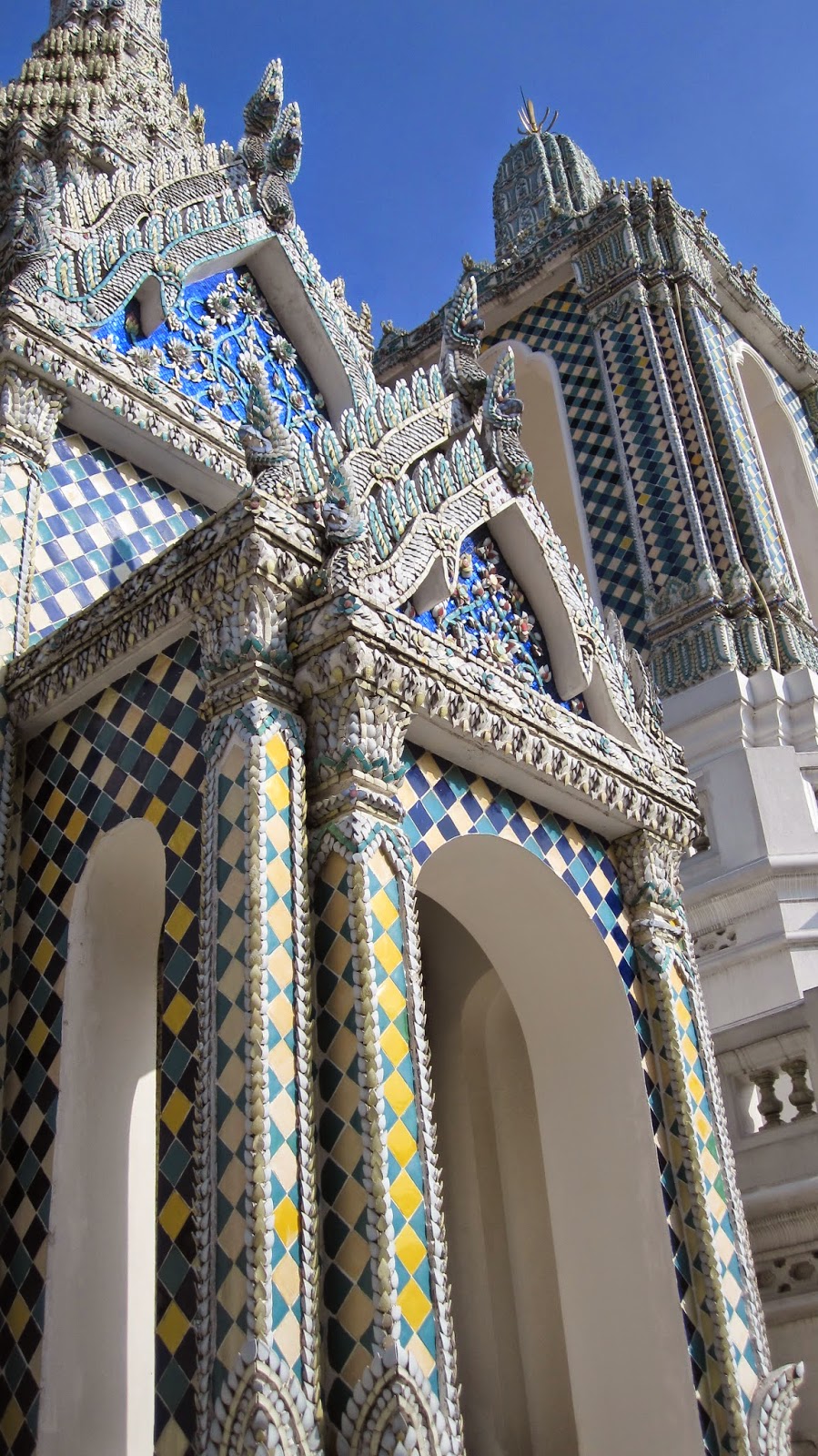 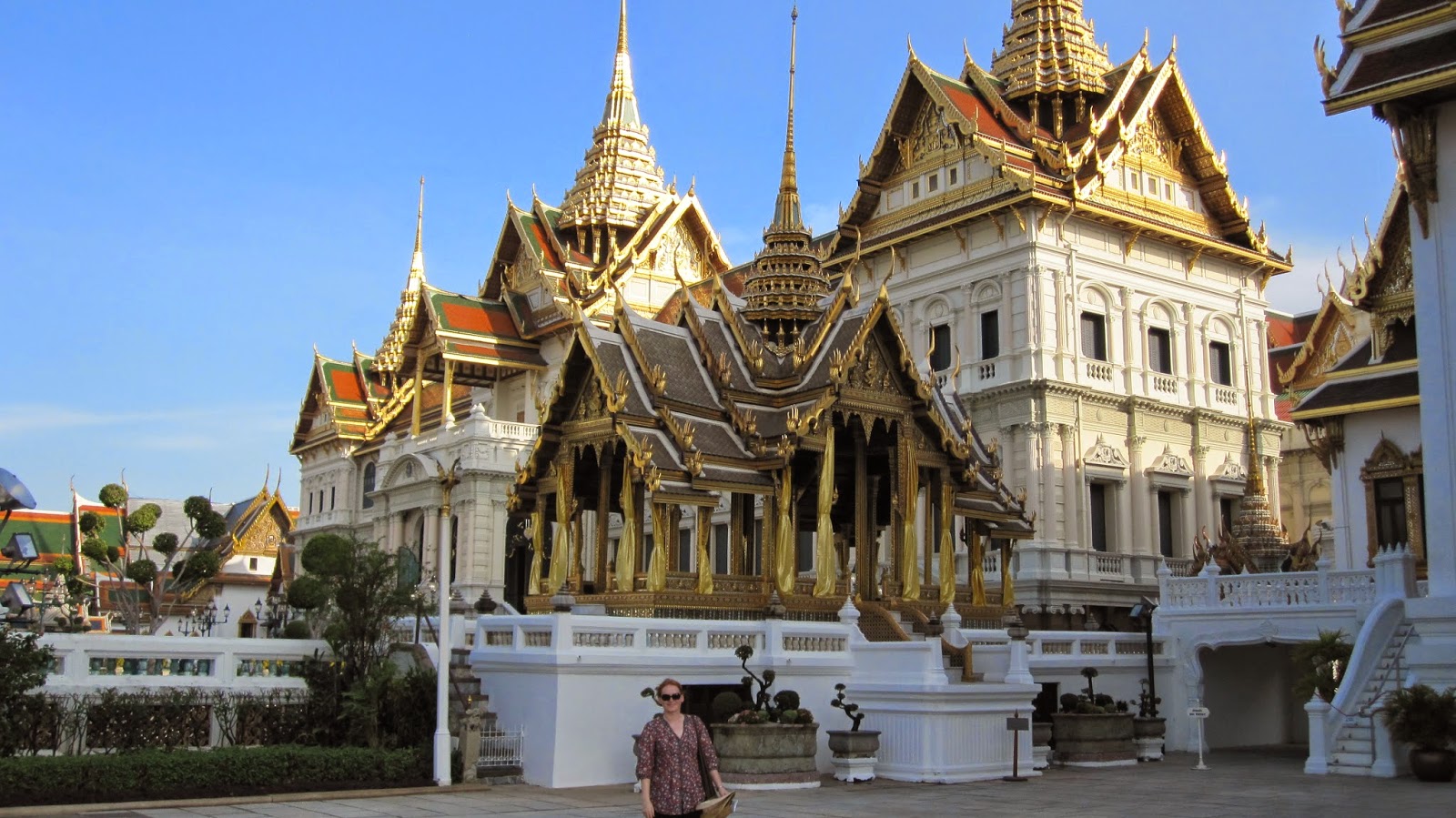 * Here not only are there pedestrian crossings, but the signals are actually obeyed. There are also proper tuk-tuks (not just trailers attached to mopeds) and prices given next to goods on the market stalls (which mainly seem to be manned - if you'll pardon the pun - by ladyboys). Evidence of the recent flooding is everywhere - the stacks of sandbags, the hastily constructed concrete breeze-block flood defence walls, the water pooled on the ground in the market area. We're pestered to go on a boat trip on the river, which has now been deemed safe - clearly the operators have had no income for weeks and are desperate for business. 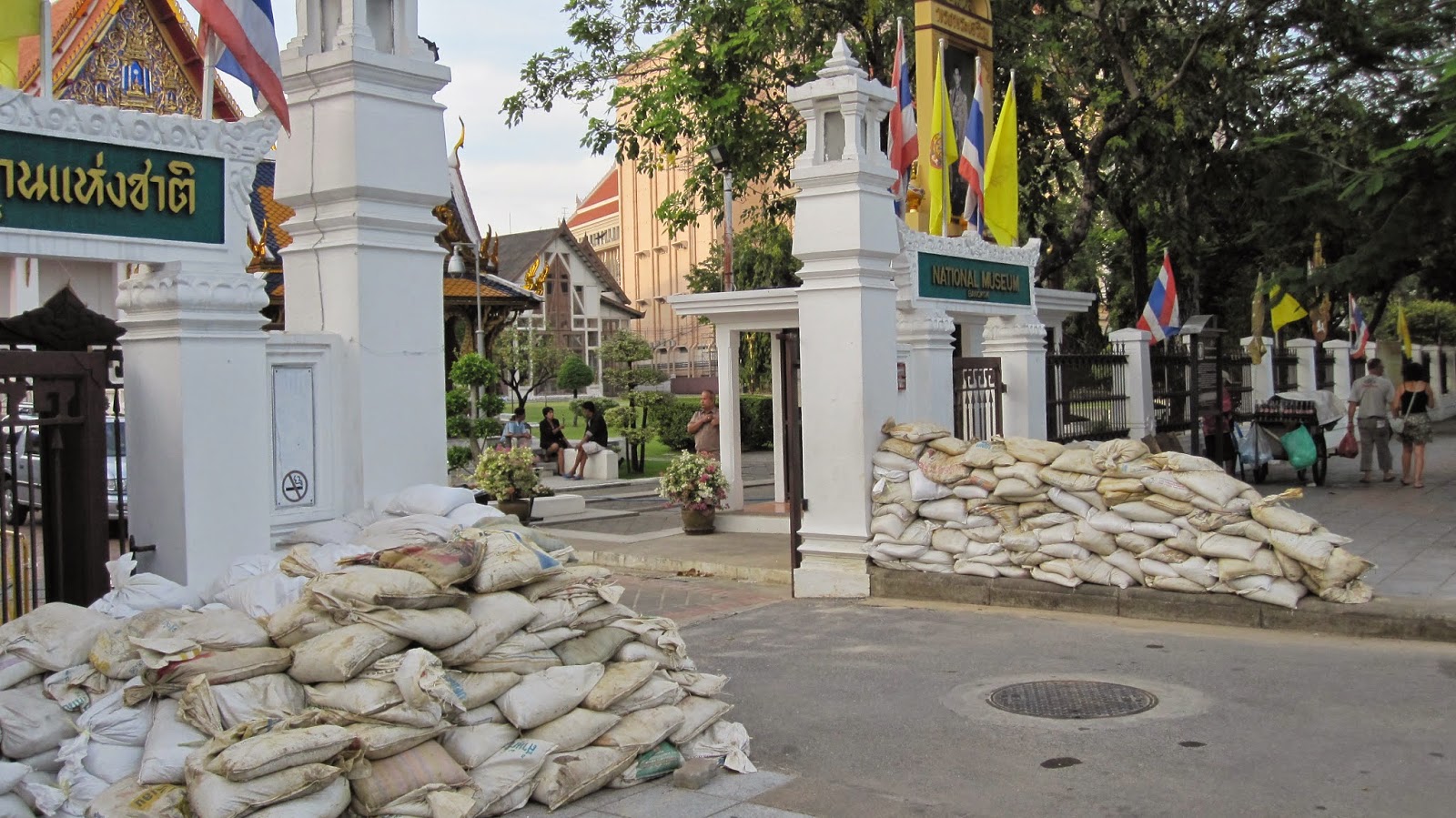 * Khao San Road is pedestrianised to all intents and purposes, clogged up by tanned year-outers, racks of cheap clothes and street food stalls, and lined with budget bars and hostels. To be honest, it's not really somewhere I'd choose to go to be fitted up with a bespoke tailored suit, as I have to tell one cheerily persistent salesman apparently determined to make a sale. 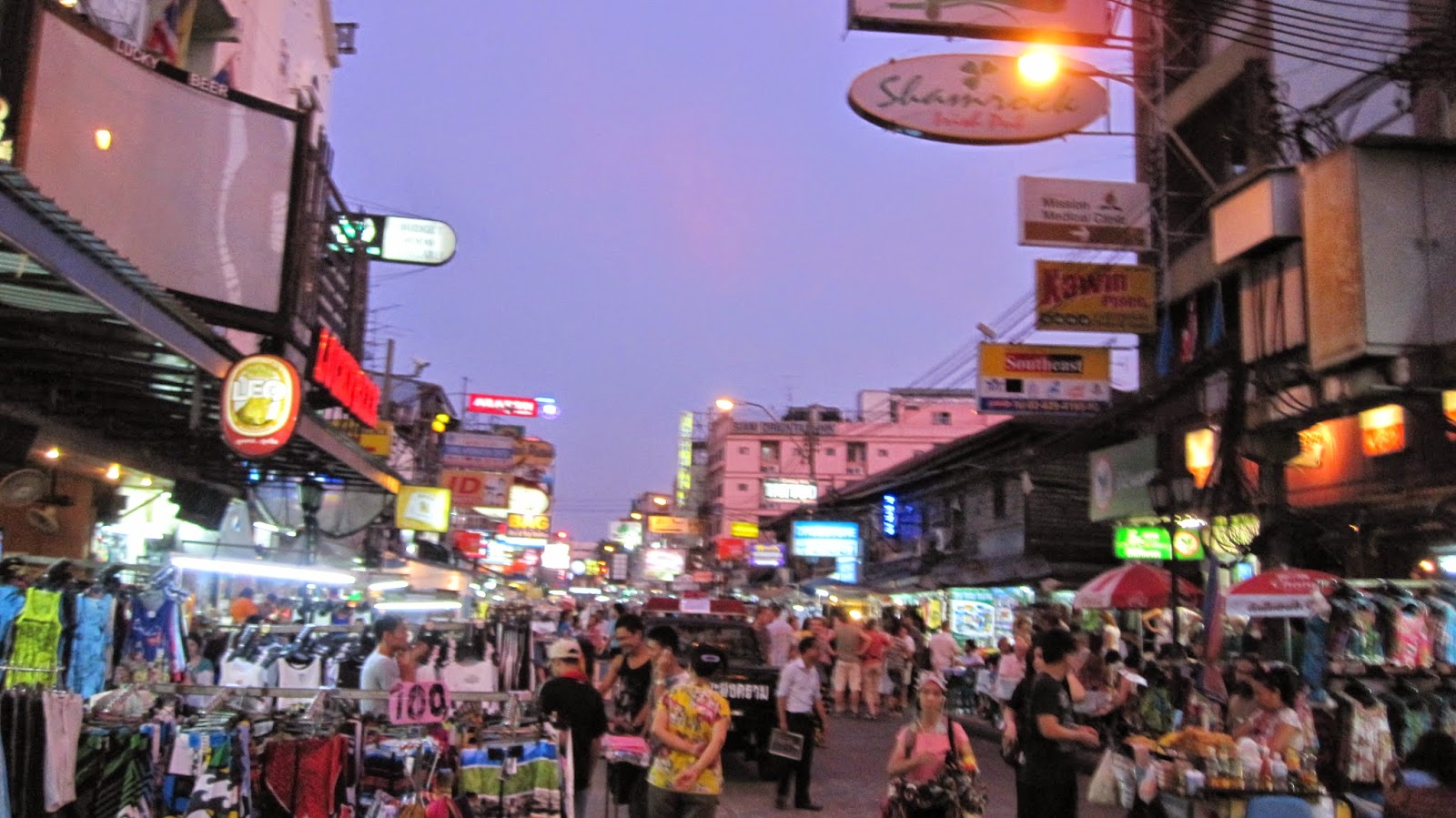 * We eat at Green Bar and Restaurant off Samsen Soi, where the chef-cum-waitress' friendly, chatty demeanour means we're happy to overlook the fact they've run out of much of what is on the menu. A medium spicy massamam curry sets the lips a-tingling - a reminder that food here is significantly hotter than in either Cambodia or Vietnam.

* What better way to end a brilliant holiday than with the disappointment of watching Newcastle fall to their first defeat of the season? I catch the game against Man City at a bar on a street parallel to Khao San Road, where life is a lot calmer and a bit cooler. A couple of bars down, the house band play 'Wonderwall' as if in tribute to City's victory. I shake my head, drain the last of my Chang and call it a night.

* The construction work proves to be a handy alarm clock, starting at 8.30am precisely. There's no time for a pre-breakfast dip in the pool, but we do get to enjoy a fantastic spread including particularly delicious potato rosti before dashing off to the airport at breakneck speed.

* Smurfs The Movie, Barry Manilow in concert and a documentary about pickling eggs, all while seated next to a British bloke with verbal diarrhoea who informs me that his Thai very-definitely-now-ex-girlfriend shredded all his clothes and shoes except those he's wearing after a blazing row, before smashing up his laptop and camera. Now I know the true meaning of the phrase "long-haul flight". Landing back in Blighty can't come soon enough.