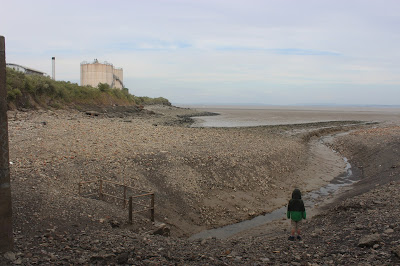 The heatwaves of May and June had many of us dreaming of one of the numerous beaches for which Wales is quite rightly renowned: spectacular vistas, inviting surf, golden sands stretching as far as the (mind's) eye can see. Few will have pictured the scruffy foreshore in the shadow of the water treatment works off Rover Way in Cardiff.

Splott Beach may not feature in any adverts or guidebooks, but paying a visit has been named top of the list of 20 things to do in the area by a local website - and not without good reason. If it's a "secret", as is often claimed, then it's an open one - the subject of a (not entirely complimentary) 2017 Wales Online feature and a 2019 photographic exhibition in the Senedd. Perhaps it's best described as a place that's continually discovered anew.

Certainly, there's something about squeezing through the metal gate and wandering down onto the black grit to survey the brick-strewn beach and the channels cut through the estuarial mud that makes you feel like an intrepid explorer. It's an alien landscape, one that - at the height of coronavirus lockdown - seems particularly post-apocalyptic, as though you're picking your way over the ruins of a lost civilisation. And, in a sense, you are: the rubble and piles of solidified metal slag are all that's left of the vast East Moors steelworks, which closed in 1978 and was demolished shortly afterwards. The beach is a graveyard for the skeletal remains of South Wales' heavily industrialised past. 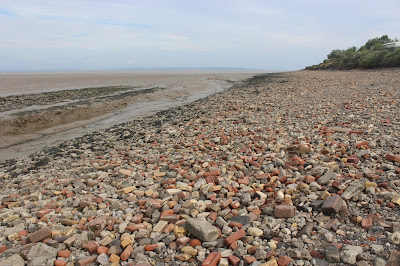 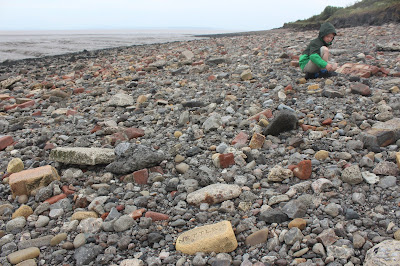 Little wonder, then, that Jon Pountney - the photographer behind the Beachcombing exhibition - was drawn to the place. It's a prime spot for engaging in what he refers to as "horizontal archaeology", the study of human history through the examination of what lies on the surface of the earth rather than beneath it. Just as the strata of accumulated sediment in the cliffs at Penarth, Lavernock Point and Southerndown are rich in fossils, so is the bank at Splott Beach layered with man-made relics, gradually exposed by the elements and curious treasure-hunters. One wonders whether, hundreds of years from now, the enormous tractor tyre slowly sinking into the ooze will be as exciting a discovery as the prehistoric footprints found on the mud flats further up the coast at Goldcliff. 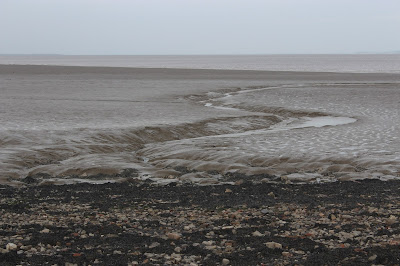 The fact that Splott Beach is essentially built of detritus renders the concept of an organised litter pick faintly ridiculous, albeit well-intentioned. The tradition of treating the site as a dumping ground continues to this day - we squeeze past a fly-tipped fridge to get down to the foreshore and return to the Rover Way layby to discover a beige bathtub has just been generously donated to the verge.

Those with a hankering for more conventionally scenic coastline would be advised to travel further to the north east, past the Celsa steelworks and beyond the mouth of the River Rhymney. From Wentloog Avenue, a winding track takes you down to the shore and the Wales Coast Path, which runs across the top of a wide artificial grassy bank towards Newport. Even there, though, the birdsong cannot completely drown out the noise of traffic on the A48, and you occasionally find your nostrils assailed by the smell of burning plastic as well as of sea air. 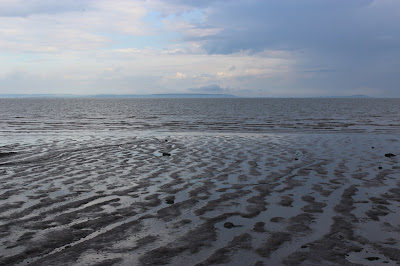 In any case, there are good grounds for arguing that Splott Beach has an aesthetic appeal all of its own. For local resident Tamsin Stirling, it's an archetypal "edgeland", a fascinating liminal space between city and country and between land and sea. In the words of poets Paul Farley and Michael Symmons Roberts, edgelands are "complicated, unexamined places that thrive on disregard" and are always in transition. The grass growing atop the slagheaps and the seaweed clinging to chunks of masonry are testament to nature's ongoing reclamation of the landscape. Stirling's pet project is to catalogue the different bricks she finds, but in many cases the action of the sea has erased the name of their manufacturers, smoothing off edges until they resemble Barbara Hepworth sculptures. 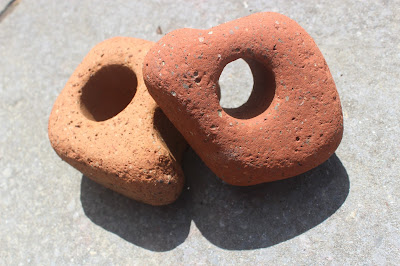 When Owen Williams described the beach as "a peaceful, awful place with huge potential" on Twitter last month, highlighting Barcelona as evidence that "things can be different where the will exists", his comments were met in some quarters with irritation and exasperated eyeball rolls. Uncritically deploying the language of corporate development and opportunity, he raised the spectre of a significantly more substantial clean-up operation than that conducted by the Keep Splott Tidy volunteers.

The proposal to relocate the Museum of Military Medicine to Cardiff Bay recently reignited debate about the insensitive top-down redevelopment of the area in general, which displaced the multi-ethnic communities of Tiger Bay and replaced them with soulless chain restaurants and identikit, overpriced yuppie flats in the name of progress. Hopefully, Splott Beach will be spared a similar fate. Whether Williams likes it or not, its smashed bricks, concrete blocks and scrap metal are just as much a part of Wales' history and heritage as the spectacular petrified forest off the coast of Ceredigion. 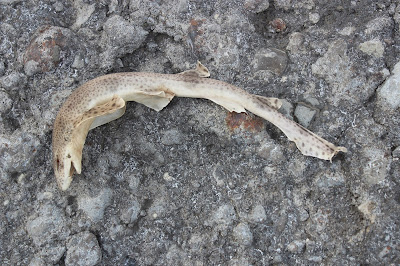 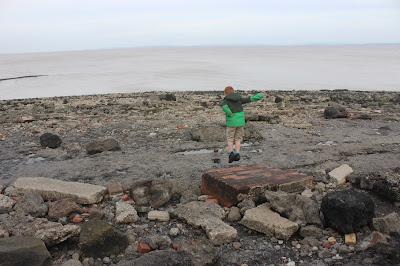 (An edited version of this article has been published on the Buzz website.)
Posted by Ben at 9:51 AM